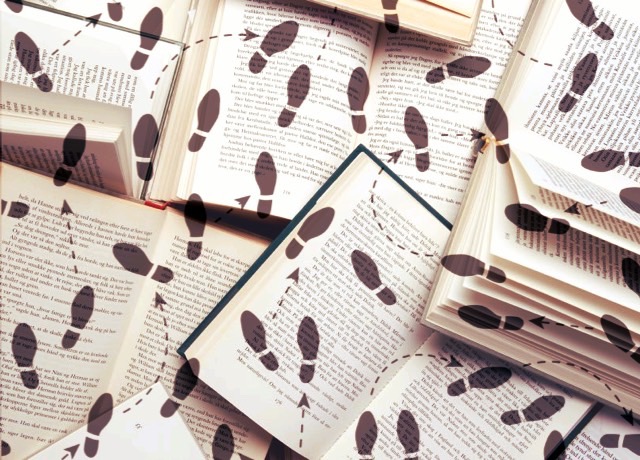 A couple of years ago, I hit a wall with my novel. I was so frustrated with it that I literally felt nauseous when I opened the file to start working on it. I needed a break, badly.

So I jumped ship and started working on my second novel. It was an idea that had been percolating in my mind for a while. In truth, this second novel was the story I had always wanted to write. But in a surprisingly insightful moment that I don’t remember, I decided that it couldn’t be my first novel. It was too challenging. It jumps around in time, it has multiple POVs, it dips into magic realism in parts.

But getting started on it turned out to be the perfect distraction when I just couldn’t muster the energy to keep working on the first novel any longer. It was a fun, shiny new idea and I jumped at it. I did research, I made a ton of notes, I even took a few trips to explore the places where it takes place. I wrote a couple of chapters, then added 50,000 words to the draft last November during NaNoWriMo. I was having fun with it.

Then, last January, a friend of mine encouraged me not to give up on the first novel. Reluctantly, I read through the draft and was pleasantly surprised. It actually wasn’t so bad. So I tucked the second novel safely away, whispered a little promise that I would be back soon, and continued to work on the first novel with renewed energy.

I share this story because I’ve often heard writers talk about how it’s a bad idea to have more than one novel going at any given time. I simply must disagree.

Having two novels to work on saved me as a writer. If I hadn’t had something else to pour myself into, I don’t know what I would have done. I dread to think how many writers have simply given up on writing because they hit a wall and thought they couldn’t start another project until they finished the first.

There are No Rules, People.

That said, I’m not letting myself start novel three until I finish novel one. For me, three novels at a time is too many, and I fear that starting another project would just be a way to avoid finishing the first.

THAT is the trap. That is the thing that each of us must determine for ourselves: what is productive work, and what is just avoiding the hard work of finishing.

My third novel is ready to go. It has been taking shape in my mind for a few months now, but I refuse to write a single word until I start querying agents on the first novel. Because finishing a novel is hard, and it would be super easy to get distracted.

There have been mornings, at 5am, where the desire to start outlining novel three is what gets me out of bed. It’s like there’s this boiling pot of ideas in my head, and the susurrus ideas are bursting in little bubbles of brilliance. So I get my ass out of bed and keep editing novel one. If I keep it up, the manuscript will be ready to send out in January, and I can finally move forward with my other ideas.

So go ahead. Start another project. Don’t listen to anyone who tells you what you should or shouldn’t do when it comes to your writing. Not even me. Especially me. If starting your third novel is right for you, you damn well better start novel three. Figure out what works, and just keep writing.