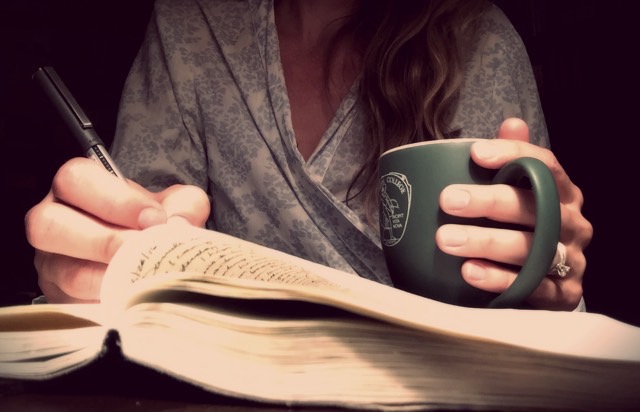 For many years, while I was working full time, I got up early to write before my kids woke up and things got hectic. As a die-hard night owl, adjusting to that schedule was rough. I’m not gunna lie. It took me a about eighteen months to settle in, but that was because I went about it all wrong.

If you’re a writer trying to eek out an hour a day, consider getting up early to write. Here are seven things I learned along the way that might make the process a little easier:

1. You don’t have to be a morning person.
I was absolutely NOT a morning person when I started. It was painful, no question about it, but eventually I got used to it because I had to. If your writing is important enough, you’ll get used to it. Here’s how:

2. Coffee.
If you own a coffee maker, it probably has a delayed start function. Take 10 minutes, google the make and model to find the owners manual, and read up on how to set it to start brewing ten minutes before your alarm goes off. You want the coffee to be ready to drink when you drag yourself out of bed. Hot coffee can be a powerful motivator.

3. A quick foot massage.
I know this sounds strange, but sometimes, when I was too tired to get up and even the promise of hot coffee wasn’t enough, I would pinch and roll each toe between my fingers for a few seconds. Somehow a quick little foot massage helped drag me into consciousness. (Maybe I’ll get my sis, founder at Green Leaf Acupuncture, to chime in on how this works in a future post.)

4. Do it (almost) every day.
For the first two years, I thought I was going easy on myself by only getting up early to write every other day. What I know now is that it is actually much harder to do every other day. Do it every day, or at least every workday. Just put it in your head that this is how you start workdays. It will be a drag at first, but eventually you will adjust. It will get easier. I struggled terribly with early mornings until I started waking up at 5am six days a week. I know, it sounds counterintuitive, but it’s easier to settle into it if you do it (almost) every day. (For the record, I’m a big believer in having one or two mornings a week to sleep in. It gives you something to look forward to, and it’s oh so sweet when you’re waking up so early every other morning. Trying to wake up at 5am every morning for ever will just lead to burn out.)

5. Establish a routine.
When you wake up super early to write you will be groggy. You will not want to think about anything too much until the coffee kicks in. For me, this meant establishing a routine. I would fill my mug and sit at the table with my coffee and my journal. I would aim to fill one page of the journal with whatever came to mind – seriously anything. It usually took me about half an hour, and I would notice my pen moving faster as the coffee kicked in. Then, I would close the journal, set the mug aside, and attack my writing.

6. Go to bed early.
Depending on how old you are, and how demanding your days can be, getting up super early on a regular basis will start to wear you down if you don’t compensate by going to bed a little earlier. As a night person by nature, I never used to get tired until after midnight. But I knew I needed sleep, so I started brushing my teeth and getting into bed earlier. For many weeks I would sit up and read until my usual crash-out time, but eventually the exhaustion caught up and I started falling asleep earlier. It’s embarrassing for a self-proclaimed night person to admit to going to bed at 9, but you’re a writer, damn it, and you’re doing it for your art.

7. Set an end time.
For me, writing time ended at 6:30 or when the kids woke up. Whichever came first. If you’re a mom, and/or if you’re working a full time job, you will need to set an end time. Write as much as you can in your allotted time and then pat yourself on the back. Whatever else happens that day, you wrote. And that is a fucking victory.