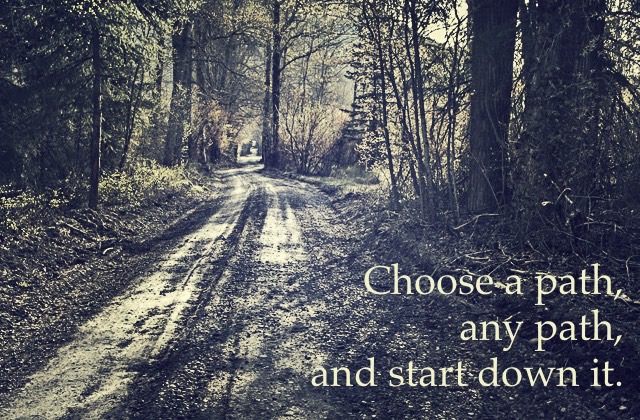 I am embarrassed to admit that, eight years and countless drafts into writing my first novel, I have finally come to truly understand a piece of writing advice I have heard so many times I can’t even count: Make your characters want something.

Seriously? I’m just learning this? I have to admit it’s true, but I also feel the need to explain that for years I thought I WAS making my main character want something. She wanted to NOT be her mom. I worked with that for years, and only just realized why it doesn’t work.

When Your Characters Refrain

Leaning on the lack of something is a tick in my writing that I’ve come to recognize more and more lately, something I am getting better at correcting.

For instance (and I’m just making this up, it’s not actually in my story), say someone pounds on the front door. I used to write something like: nobody moved. While factually accurate, the wording of “nobody moved” leaves a big question mark. What did they do? Did they look at each other? Did they turn pale with fear? Did the room go silent except for the water boiling in a pot on the stove?

See how that lack of something just isn’t very compelling?

When Characters Want Something

In this last draft of my novel, I decided to make my main character want something. Specifically, I decided that she wants to be a forest ranger. The biggest result? My first chapters are singing along like never before.

The sentences are la-la-la-ing all along those first fifty pages now, where they used to lag for *some reason* I couldn’t pin down. It was such a simple shift. I honestly hadn’t thought it would change the story much at all, but it has.

And why a forest ranger? Because that’s who she is. I know her a lot better than I did back when I started writing this story. No doubt that helped me to finally commit to her desires too.

So if you’re struggling with a story, or if your beta readers are telling you it lags a bit in parts, ask yourself – what does your character want? And then choose something. Anything. Be it a high-powered career in finance or chocolate fudge. Just choose a path, any path, and start down it.