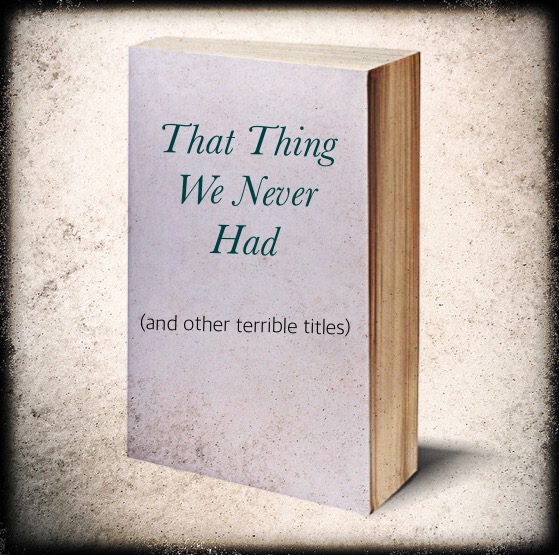 Last month, at the Pasadena Festival of Women Authors, Vendela Vida made an off-hand comment about her titles. She was talking about her first novel, “And Now You Can Go,” and she said she regretted how nondescript it was. She said that when people talked about it they never got it right. Apparently it just didn’t stick in anyone’s mind.

I’ve been thinking about what she said, every week since, when I sit down to compile my LitLifeLA updates. In case you’re unfamiliar, I publish a weekly list of readings happening in and around LA every week. (You can get the update via email by clicking here.) Anyway, I am regularly surprised at how many of these books have titles that are straight up vague and boring.

In my completely unscientific study of boring book titles, I’ve found four things they have in common:

In that same (wildly unsubstantiated) study, some pretty amazing book titles have caught my attention: “Difficult Women,” “The Garden of Small Beginnings,” “The One-Eyed Man.” I love these.

Thinking back on Ms. Vida’s thoughts on titles, she said that these days she tries to chose a title that evokes an image. For instance, her latest “The Diver’s Clothes Lie Empty” is pretty evocative. Before that was “Let the Northern Lights Erase Your Name.” She said that, even if people get it wrong, they at least got that image in there. They’ll say something like “that Northern Lights one.”

Here’s a short list of things that good titles seem to have in common:

If you’re working on a novel, have you figured out your title yet? How did you come up with it? Do you have a favorite title? Has anyone out there ever played around with a title generator? I’ve seen reference to those, but I don’t believe any algorithm could possibly capture the spirit of a novel. Would love to hear your thoughts.