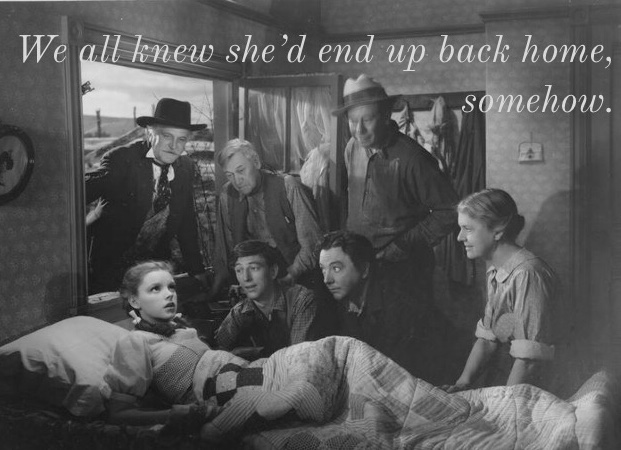 Not long ago I heard a piece of writing advice that went something like this: tell your friends the main idea of your story and ask them how they think it will end. Go there. Write the expected ending.

The Ending Everyone Expects

She had me up until that last part (I’m all for feedback and beta readers), but go there? You mean, take the story exactly where every reader will expect it to go? No way.

As writers, the last thing we want to do is tell a predictable story, miright? We want to amaze and surprise and do anything except what is expect of us.

But the more I thought about it, the more it made sense.

Hear me out. When Luke Skywalker goes to take out the Death Star, you know he’s going to be successful. When Dorothy sets out to find her way back to Kansas, there’s really little doubt that she will get there. The endings of those stories are satisfying because the characters end up exactly where we knew they would.

I’ve always thought that endings had to surprise the reader, but when I really think about it, it’s not the ending that needs to be unexpected, it’s the path to the ending.

It’s About the Journey

Who would have thought that Dorothy would fight winged monkeys and melt a green witch when all she really wanted to do was go home?

And when Luke turns off his guidance systems and uses the force – I mean, that’s the cool part, the part where you worry for just a second that he’s making the wrong move.

It seems to me that this is our challenge as writers, not to blow people out of the water with an ending they never saw coming, but to instead make things so hard on our characters that it seems impossible that we can deliver them to the expected ending. Then, when you get them there, it’s not boring or tired, it feels super satisfying.

Maybe it’s just me. I know there are examples of outstanding stories that veer way out from what is expected. Fight Club comes to mind. As do some more narrative works of fiction like Min Jin Lee’s Pachinko or Amanda Coplin’s The Orchardist.

What do you think? Should an ending be predictable? Is it more satisfying as a reader to land right where you pretty much expected you would?