California’s central valley once contained more than four million acres of wetlands, where water from the mountains meandered its way toward the ocean, providing vital habitat for fish, birds and terrestrial animals alike.

Gradually California’s wetlands have been drained for real estate development, flooded for recreational use, and converted to agricultural fields. Today less than five percent of the original wetlands remain. Thankfully, activists have recently sought to return local wetlands to their original state.

Since 2000, hundreds of projects have been initiated. Some have been small, restoring an acre or less, but others have been massive. In 2003 the South Bay Salt Pond Restoration Project began returning over 15,000 acres of commercial salt ponds to their native wetland state. In 2008 levees in Point Reyes were removed and 560 acres of cattle land were once again overtaken by the tides.

In total, the acreage restored is a fraction of what was lost, but when leopard sharks are seen cruising a former cow pasture or a bald eagle dives down to pluck a fat fish from a former dump site, environmentalists are inclined to feel optimistic. 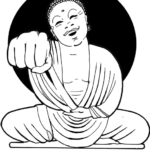