I read fifty-six books this year, forty-eight of them all the way through (if you follow along, you know I don’t have any qualms about not finishing books). That’s one less book than I read last year, and I had set a goal of sixty, but I have to give myself credit: at least four of the books I read this year were over 700 pages long. If I count them each as two, I totally hit my goal.

Anyway, of the forty-eight books that I finished, nine really stood out as fantastic books – the kind of books that I find myself telling people they need to read. Here they are, in no particular order and with no regard to publication date: 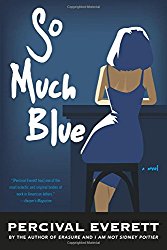 Kevin Pace is working on a painting that he won’t allow anyone to see: not his children; not his best friend, Richard; not even his wife, Linda. The painting is a canvas of twelve feet by twenty-one feet (and three inches) that is covered entirely in shades of blue. It may be his masterpiece or it may not; he doesn’t know or, more accurately, doesn’t care.

What Kevin does care about are the events of the past. Ten years ago he had an affair with a young watercolorist in Paris. Kevin relates this event with a dispassionate air, even a bit of puzzlement. It’s not clear to him why he had the affair, but he can’t let it go. In the more distant past of the late seventies, Kevin and Richard traveled to El Salvador on the verge of war to retrieve Richard’s drug-dealing brother, who had gone missing without explanation. As the events of the past intersect with the present, Kevin struggles to justify the sacrifices he’s made for his art and the secrets he’s kept from his wife. 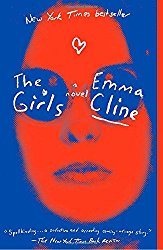 Northern California, during the violent end of the 1960s. At the start of summer, a lonely and thoughtful teenager, Evie Boyd, sees a group of girls in the park, and is immediately caught by their freedom, their careless dress, their dangerous aura of abandon. Soon, Evie is in thrall to Suzanne, a mesmerizing older girl, and is drawn into the circle of a soon-to-be infamous cult and the man who is its charismatic leader. Hidden in the hills, their sprawling ranch is eerie and run down, but to Evie, it is exotic, thrilling, charged—a place where she feels desperate to be accepted. As she spends more time away from her mother and the rhythms of her daily life, and as her obsession with Suzanne intensifies, Evie does not realize she is coming closer and closer to unthinkable violence. 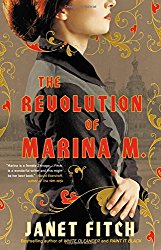 St. Petersburg, New Year’s Eve, 1916. Marina Makarova is a young woman of privilege who aches to break free of the constraints of her genteel life, a life about to be violently upended by the vast forces of history. Swept up on these tides, Marina will join the marches for workers’ rights, fall in love with a radical young poet, and betray everything she holds dear, before being betrayed in turn.

As her country goes through almost unimaginable upheaval, Marina’s own coming-of-age unfolds, marked by deep passion and devastating loss, and the private heroism of an ordinary woman living through extraordinary times. This is the epic, mesmerizing story of one indomitable woman’s journey through some of the most dramatic events of the last century. 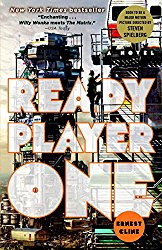 In the year 2045, reality is an ugly place. The only time teenage Wade Watts really feels alive is when he’s jacked into the virtual utopia known as the OASIS. Wade’s devoted his life to studying the puzzles hidden within this world’s digital confines—puzzles that are based on their creator’s obsession with the pop culture of decades past and that promise massive power and fortune to whoever can unlock them.

But when Wade stumbles upon the first clue, he finds himself beset by players willing to kill to take this ultimate prize. The race is on, and if Wade’s going to survive, he’ll have to win—and confront the real world he’s always been so desperate to escape. 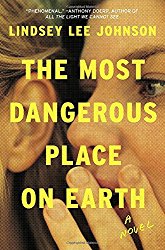 The Most Dangerous Place on Earth

The wealthy enclaves north of San Francisco are not the paradise they appear to be, and nobody knows this better than the students of a local high school. Despite being raised with all the opportunities money can buy, these vulnerable kids are navigating a treacherous adolescence in which every action, every rumor, every feeling, is potentially postable, shareable, viral.

Lindsey Lee Johnson’s kaleidoscopic narrative exposes at every turn the real human beings beneath the high school stereotypes. Abigail Cress is ticking off the boxes toward the Ivy League when she makes the first impulsive decision of her life: entering into an inappropriate relationship with a teacher. Dave Chu, who knows himself at heart to be a typical B student, takes desperate measures to live up to his parents’ crushing expectations. Emma Fleed, a gifted dancer, balances rigorous rehearsals with wild weekends. Damon Flintov returns from a stint at rehab looking to prove that he’s not an irredeemable screwup. And Calista Broderick, once part of the popular crowd, chooses, for reasons of her own, to become a hippie outcast.

Into this complicated web, an idealistic young English teacher arrives from a poorer, scruffier part of California. Molly Nicoll strives to connect with her students—without understanding the middle school tragedy that played out online and has continued to reverberate in different ways for all of them. 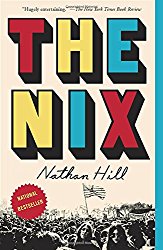 It’s 2011, and Samuel Andresen-Anderson hasn’t seen his mother, Faye, in decades—not since she abandoned the family when he was a boy. Now she’s reappeared, having committed an absurd crime that electrifies the nightly news and inflames a politically divided country. The media paints Faye as a radical hippie with a sordid past, but as far as Samuel knows, his mother was an ordinary girl who married her high-school sweetheart. Which version of his mother is true? Two facts are certain: she’s facing some serious charges, and she needs Samuel’s help.

To save her, Samuel will have to embark on his own journey, uncovering long-buried secrets about the woman he thought he knew, secrets that stretch across generations and have their origin all the way back in Norway, home of the mysterious Nix. As he does so, Samuel will confront not only Faye’s losses but also his own lost love, and will relearn everything he thought he knew about his mother, and himself. 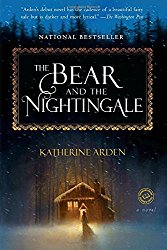 The Bear and The Nightingale

Winter lasts most of the year at the edge of the Russian wilderness, and in the long nights, Vasilisa and her siblings love to gather by the fire to listen to their nurse’s fairy tales. Above all, Vasya loves the story of Frost, the blue-eyed winter demon. Wise Russians fear him, for he claims unwary souls, and they honor the spirits that protect their homes from evil.

Then Vasya’s widowed father brings home a new wife from Moscow. Fiercely devout, Vasya’s stepmother forbids her family from honoring their household spirits, but Vasya fears what this may bring. And indeed, misfortune begins to stalk the village.

But Vasya’s stepmother only grows harsher, determined to remake the village to her liking and to groom her rebellious stepdaughter for marriage or a convent. As the village’s defenses weaken and evil from the forest creeps nearer, Vasilisa must call upon dangerous gifts she has long concealed—to protect her family from a threat sprung to life from her nurse’s most frightening tales. 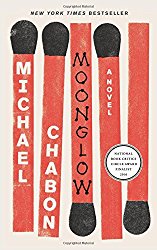 In 1989, fresh from the publication of his first novel, The Mysteries of Pittsburgh, Michael Chabon traveled to his mother’s home in Oakland, California, to visit his terminally ill grandfather. Tongue loosened by powerful painkillers, memory stirred by the imminence of death, Chabon’s grandfather shared recollections and told stories the younger man had never heard before, uncovering bits and pieces of a history long buried and forgotten. That dreamlike week of revelations forms the basis for the novel Moonglow, the latest feat of legerdemain from Pulitzer Prize-winning author Michael Chabon.

Moonglow unfolds as the deathbed confession of a man the narrator refers to only as “my grandfather.” It is a tale of madness, of war and adventure, of sex and marriage and desire, of existential doubt and model rocketry, of the shining aspirations and demonic underpinnings of American technological accomplishment at midcentury, and, above all, of the destructive impact—and the creative power—of keeping secrets and telling lies. It is a portrait of the difficult but passionate love between the narrator’s grandfather and his grandmother, an enigmatic woman broken by her experience growing up in war-torn France. It is also a tour de force of speculative autobiography in which Chabon devises and reveals a secret history of his own imagination.

From the Jewish slums of prewar South Philadelphia to the invasion of Germany, from a Florida retirement village to the penal utopia of New York’s Wallkill prison, from the heyday of the space program to the twilight of the “American Century,” the novel revisits an entire era through a single life and collapses a lifetime into a single week. A lie that tells the truth, a work of fictional nonfiction, an autobiography wrapped in a novel disguised as a memoir, Moonglow is Chabon at his most moving and inventive. 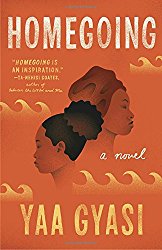 Ghana, eighteenth century: two half sisters are born into different villages, each unaware of the other. One will marry an Englishman and lead a life of comfort in the palatial rooms of the Cape Coast Castle. The other will be captured in a raid on her village, imprisoned in the very same castle, and sold into slavery.

Homegoing follows the parallel paths of these sisters and their descendants through eight generations: from the Gold Coast to the plantations of Mississippi, from the American Civil War to Jazz Age Harlem. Yaa Gyasi’s extraordinary novel illuminates slavery’s troubled legacy both for those who were taken and those who stayed—and shows how the memory of captivity has been inscribed on the soul of our nation.